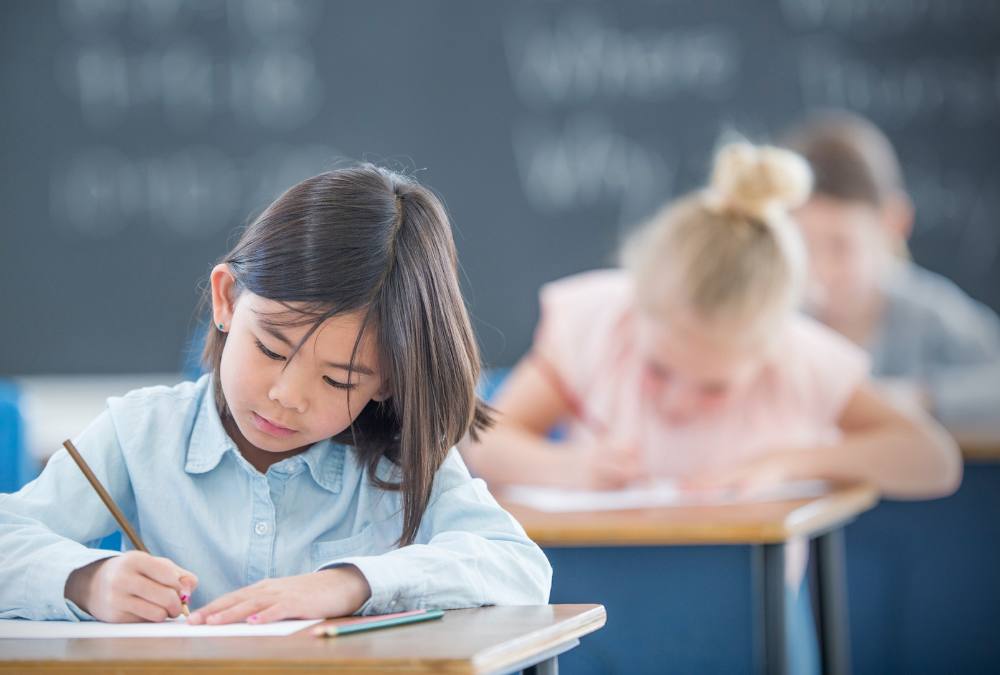 Kemora is an example of how CIS helps students through a wholistic approach. She received academic, mental health, and medical guidance at her new school and has been able to succeed.

Eight-year-old Kemora, who attended a township school, had received nine school suspensions. Making it out of second grade was a long shot, at best.

Kemora’s mother decided to enroll her at Blue Academy. She was upfront with the Blue Academy team about her daughter’s behavioral challenges and asked for help.

CIS Site Coordinator Jalaina King met with Kemora’s mother and explained the concept of “communities in school.” By surrounding her with a community of support, the goal was to help Kemora succeed and thrive in life.

The first step was putting a structured schedule in place for Kemora. At her previous school, she didn’t have a set schedule and spent a lot of time in the office and a resource room. She didn’t participate in special area classes and had limits on how much time she spent with peers. She began receiving focused academic time, but she also received breaks to break up her day.

Kemora also started receiving mental health services at school and is actively seeing a therapist and behavior management specialist several times a week. Additionally, her mother was strongly encouraged by CIS, school, and the mental health agency to have Kemora seen by her pediatrician for a medication evaluation.

Kemora started medication for ADHD in May 2019. Since starting at Blue Academy in January of 2019 she has received only one disciplinary referral and has not had any out of school suspensions.

She continues to receive academic instruction for all core subjects from her assigned teacher and is participating in special area classes with her peers. Kemora has not had any physical aggressive incidents toward adults, and she is participating in social groups to assist with helping her design more positive peer relationships. She is on track to complete second grade and be promoted to third grade for the upcoming school year.