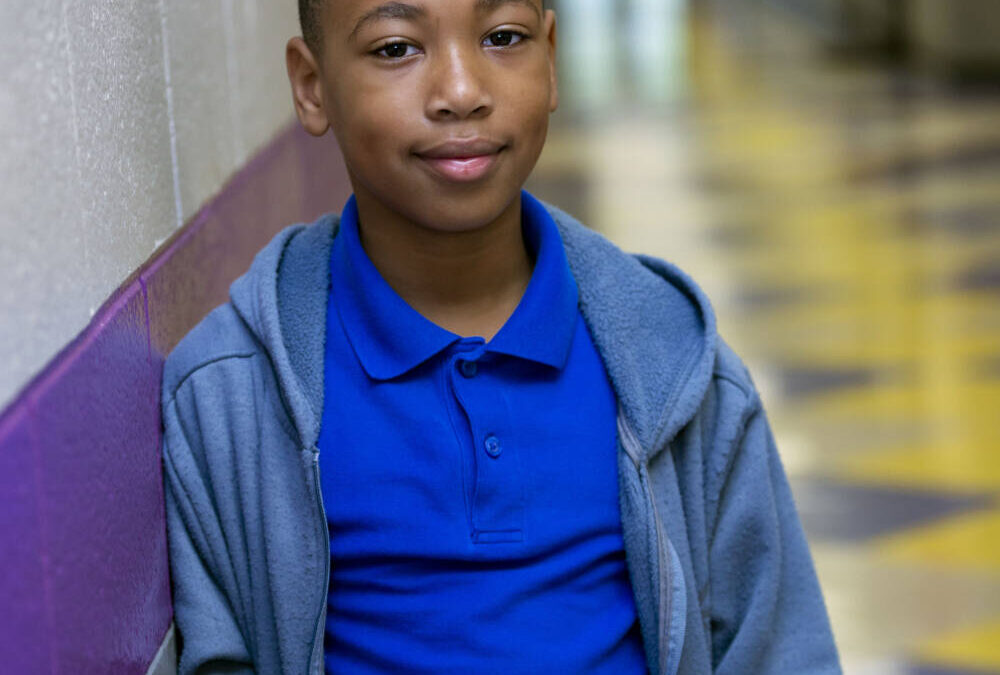 Elementary school student Robert has difficulty showing his emotion and sharing feelings. CIS leveraged one of our partners, Brother’s Helping Brothers, to build up Robert.

Angry. Immature. Cold. These were words that described Robert before he came into contact with CIS. In most areas of his life, Robert exhibited an “I don’t care” attitude.

To help put him on a path that strengthens his emotional foundation, CIS is providing various resources. The CIS Site Coordinator at Stephen Decatur Elementary School, where Robert attends, referred Robert to the mentor program Brother’s Helping Brothers (BHB). This program is led by Mr. Larry Tracy, a firefighter captain. Mr. Larry gives students a safe space to discuss life circumstances. His goal is to teach youth life lessons and mentally strengthen them so they can let go of things they don’t have control over and change or impact those things they do have control over.

With the supports CIS has put into place, Robert has identified his “why,” which has improved his academic outcomes and social skills. Where he previously had protective walls up and showed very little positive emotions, Robert now freely gives out hugs. This is in stark contrast to his behavior just a few months early, when he often played the blame game and claimed he didn’t care about anything.

Through CIS resources, Robert has come to believe in himself and to make better life choices as a result. Robert shows us that we can better define and take charge of our story when we share our struggles and allow others to help us.